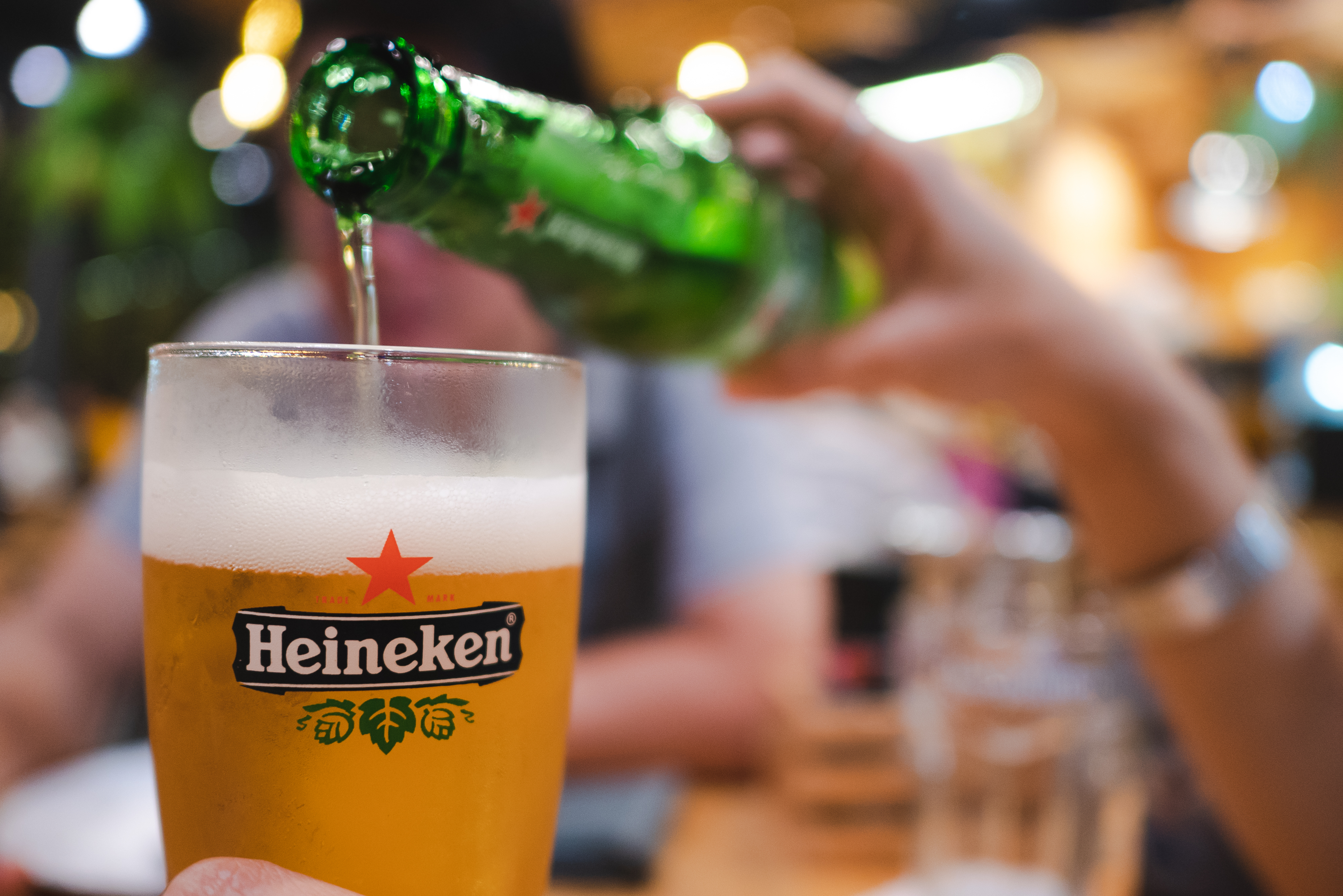 We were tasked by the global brand to freely iterate on innovative ideas to create what they called a “fresh take” on digital. In this case, digital was used in the very broad sense of meaning everything not traditional. We tapped our global DDB network for ideas and the ones below rose to the top.

We began an internal technology feasibility study which I was responsible for along with some of our best-in-class partners.

An idea we explored – all the way to a ready to roll-out activation – was the idea of printing on beer the beer foam. It’s possible. We were going to rent printers from Ripples which is a turn-key product that prints in a food-safe malt ink, like an inkjet printer. The idea that the creative team (Avery Young & Stephanie Macchione) came up with after I had proven the technology would work was Faces of Pride. Unfortunately, the client pulled the funding for the activation.

While beer has a head, it has yet to have a face. Or voice to speak out with.

Introducing Faces of Pride. A fresh take on celebrating the faces throughout history that spoke out for LGBTQ rights. During Pride month, the brand would partner with iconic NYC gay bars to house a week-long activation laddering up to the NYC pride parade. The events will use foam printing technology to print the #FacesOfPride right onto the foam of consumers’ Heineken.

Leveraging an existing app technology, users can scan their phones over the imprinted beer to activate an AR animation. The animation will bring the imprinted face to life, give tips and talking points on how to create fresher conversation. Using Facebook’s Camera Effects, we would create an AR effect that would recognize an image then display an animation on the user’s phone. All of which can be shared to the user’s Facebook Profile.

Inspired by a WIRED article from July 2017, the creative team came up with the idea of using DNA sequencing to embed clips of famous soccer goals (which Heineken owns) into drinkable beer. Sounds crazy, yes, we thought so, but we did some deep dive research and determined that it could in fact be done.

Idea: Soccer is in Heinekens DNA

Sequence each famous winning goal and embed that binary code into brewers yeast then brew beer with it. Testing the final product to make sure that the DNA transferred. Embedding the goal into the beer. Soccer is in Heinekens DNA. (Shooting the entire process and then editing in some scientific motion graphics because you can’t actually see the video through a microscope.)

Now I know about DNA sequencing and CRISPR

During the course the research, I spoke to freelance geneticists and even the department at Harvard that is referenced in the WIRED article. Learned what exactly CRISPR can and can not do. In the end found a company in Washington that worked with OK GO and Microsoft to embed a music video, Twist Bioscience, who would be able to produce the entire project for us.

In the end, HUSA was unable to get funding from the global brand to make the timing work with the upcoming relationships with FIFA and it production died.