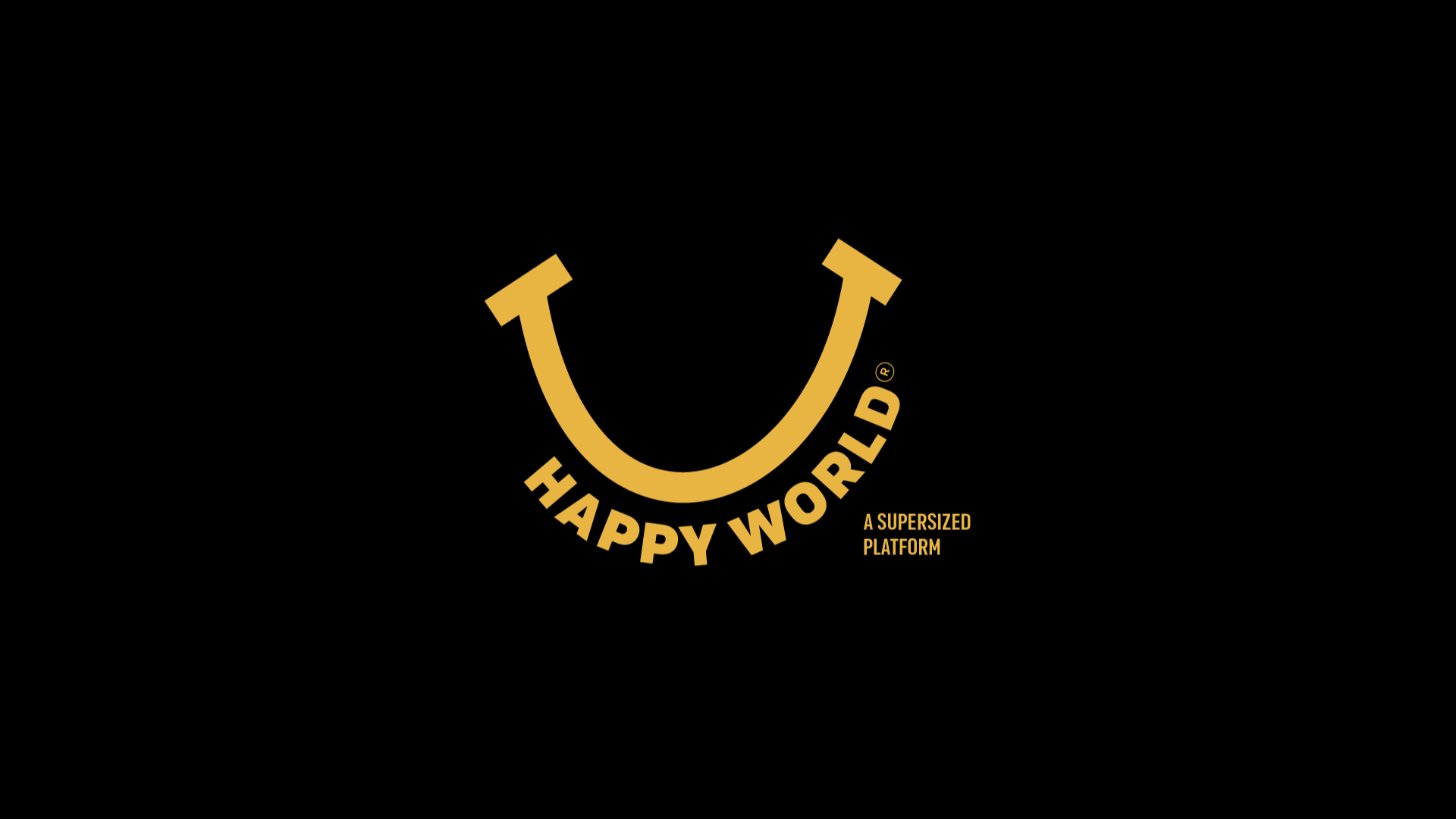 While at DDB, Wendy Clark introduced me to the new CCO and CEO of the Omnicom dedicated McDonald’s agency, We Are Unlimited. I had the opportunity to work closely with the CCO, Toygar Bazarkaya and CEO, Mark Mulhern on a variety of projects including the Burger Menu Takeover (see work) along with helping launch the new digital billboard above the new restaurant in Time Square with Brand New School (which won a D&AD Pencil). After being immersed in the brand, I took the initiative to develop the following extensions to existing programs along with new activations. These ideas were not sold to the client and are to show my platform scale. I call it Happy World.

Domino’s has become a technology company that sells pizza. They made the choice years ago to invest in backend systems to allow individual tinkerers and connected Internet-of-things enthusiasts to create gizmos to order pizza. McDonald’s has not created such a platform. Their entire system is closed. This makes it difficult to develop new ideas that would, for example, order a Big Mac with the push of a button.

Inspired by the Domino’s Anywhere Platform I created the backbone of the Happy World platform. The ability for developers to create Alexa Skills or Arduino kit buttons that can order McDonald’s items and have them delivered. I worked solo on this. While often times I work with designers, I wore all the hats again for this. It’s quicker sometimes when I’m developing the concept to also design it.

The Happy World experience would also enable games and food ordering while on the road. A passenger could play an AR game based off of image recognition of the Golden Arches along the highway. While you’re driving, your CarPlay or Android Auto enabled display would alert you to an approaching McDonald’s at a nearby rest stop. Allowing you to order a favorite item and have it ready for pick-up when you arrived.

I had not heard of The Fires We Share campaign until I first walked into the agency and saw cardboard standees of the two characters. I immediately inquired and was handed a red envelope (shown below in the packaging design) which contained a gift card for one free fries. How great, right? The team that worked on it which included Chris Moreira, Mark Schöller, Philipe Dião, Vic Sanchez (and others) did a great job on the mailer and all of the supporting films.

My idea was to take it on the road. Introducing, the Friending Machine.

Imagine if you approached a vending machine that gave out McDonald’s french fries? Yes, there are a few logistics that would need to be sorted out. How to keep them fresh and hot – but that’s why I created the food truck support vehicle. You could have the vending machine (and the truck) at tailgating events. You could also place it just over the property line from a competitor fast-food restaurant, like a Burger King.

I used the great packaging design assets and branding from the team and incorporated them into the vending machine and food truck concepts.