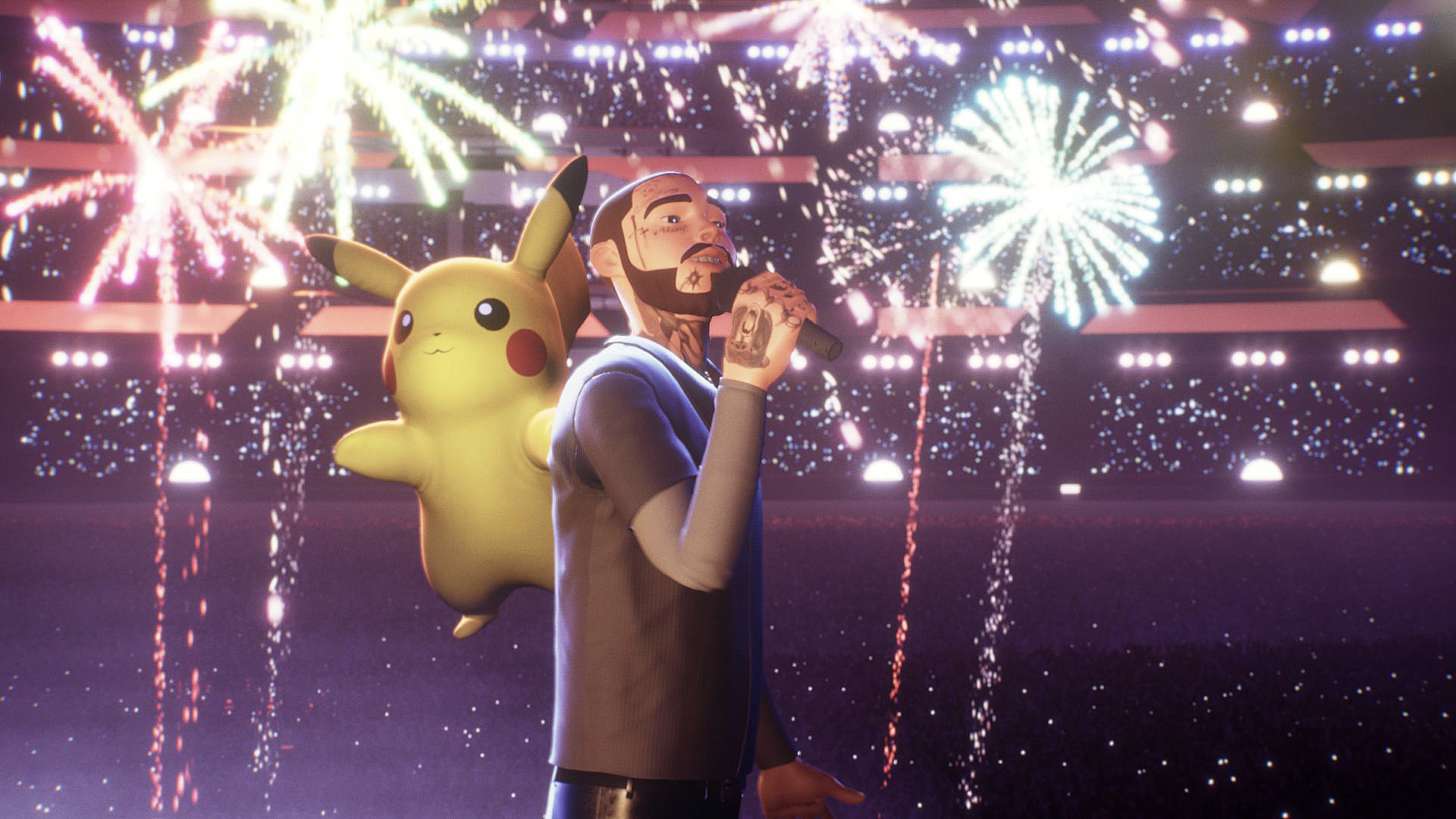 To celebrate Pokémon’s 25th anniversary, Mediacom partnered with Universal Music to create a year-long music festival that would kick-off on Pokémon Day, February 27th, with a live performance by Post Malone. Mediacom brought me in to interrogate their initial technology approach which resulted in me bringing in Jason Zada to direct with the MediaMonks to execute a first of it’s kind, next generation entertainment, performance.

In the height of the COVID-19 summer of 2020, Mediacom’s Creative Systems team in New York City had an ambitious challenge, to get Pokémon to be talked about in new ways by infusing music pop-culture’s in the U.S. and Europe into the 25 year old brand. To do this, they created a music festival that would be like no other and the partnerships team at Mediacom brought in Universal Music Group to provide the talent. Ambitious ideas need ambitious thinking and the Creative Systems team’s idea was to create a music festival that would invite everyone to explore a Pokémon world that they’ve never seen before, in the form of a festival.

The Pokémon 25 music festival was born.

Ambitious ideas need ambitious thinking and the Creative Systems team’s idea was to create a music festival destination that would invite everyone to explore a Pokémon world that they’ve never seen before and walk around a festival grounds. An always on destination that could be used as a launch pad for all of the tent pole brand events throughout the 25th year anniversary. To achieve this, they brought me to interrogate the technology creative execution approach and how consumer digital technology overall could be used to create a first of it’s experience. To accomplish this, I brought in Jason Zada to direct and MediaMonks for all of the production.

We had a great brand, one of the most downloaded artists on Spotify in 2020 (Source: HYPEBEAST), and enough lead time to create something amazing. We kicked it off with lengthy discover round where we covered everything from the Pokémon chosen, gameplay and the world that players would walk around in. Before we pivoted, the festival was going to be an interactive real-time engine powered app that would enable you to create a unique avatar and engage in a new world that existed in parallel to the Pokémon world.

Part of my job is to always sell risky things to risk averse people. In this case, the client was nervous about taking on an ambitious project like this but I was able to sell it in with the support of the amazing production team’s credibility at MediaMonks. It started first by building confidence with the client’s CISO (Chief Information Security Officer) that the team I had assembled was able to both engineer and maintain mission critical cloud-based applications. Once this was achieved we dove into a month of discovery where we conducted remote global group brainstorm sessions (using Google Jamboards) and designed an entire concept, narrative and gameplay mechanic for the Festival. From avatars each user would be able to chose from, to how the Pokémon would appear in this world.

Pokémon is protective of their brand assets and they have a regimented approval workflow from the U.S. marketing tea, that we were working with, up to the master brand team in Japan, that we were not dealing with directly. To get all of the approval needed throughout our development cycle would have required more than the client believed they were capable of. After our productive brainstorm discovery round, they decided to pivot away from our interactive platform in favor of a linear animated video.

The team regrouped after the pivot. A good deal of the environment and characters had already been built out in the real-time engine we were going to use for the app, Unreal, and we were able to use that as a base for now the linear animation. We had always planned on doing a motion capture shoot with Post to capture his entire live performance so we brought on The global team poured their love for the brand into the final output and the results can be seen on screen. The video has been viewed over 13M times on both the Official Pokémon YouTube channel and also the cut-down of the Hootie & The Blowfish cover on Post Malone’s YouTube channel.

(and more across the partnerships team)

(and many more across the global production team)

This project with Mediacom was an example of how Christian Colasuonno and I work together as Aux, a white-labeled creative, technology and production team designed to be plugged into an existing offering. Christian was brought on to produce the television commercial with Partizan’s Antoine Bardou-Jacquet (master of animation meets live-action) + JammVFX. You can read more about that production at Christian’s website.