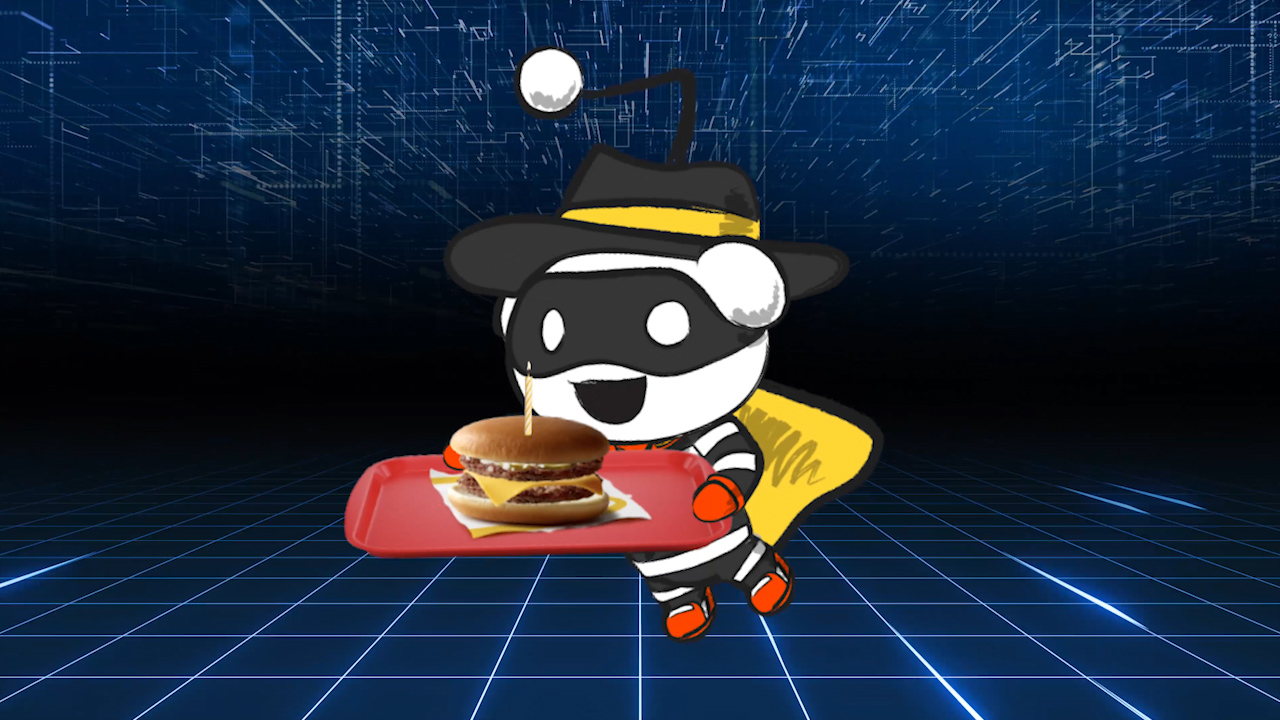 Over three decades ago, Norm Cox made internet history by creating an icon to simplify a website’s drop down menu, known as a “Hamburger Menu.” Now, McDonald’s put a pin on the well-known icon by updating it to resemble a delicious McDonald’s burger for one day. For Norm’s birthday in 2018, McDonald’s fans could get a burger through the Hamburger Menu featured on the mobile versions of Reddit and McDonald’s in honor of the man who invented it.

BRIEF: “Can we order a burger from anywhere on the Internet to celebrate National Cheeseburger Day?”

This was my first project when starting to work with the We Are Unlimited (“Unltd”) team in 2018. I was asked quite simply, “Can we order a burger from anywhere on the Internet?”. To which I responded, “yes”, of course.

Our approach from the very first meeting was to create a stunt that was to skirt the boundaries of being completely transparent. With the internal team at Untld, we began experimenting with ways to programmatically insert our banner into the drop-down menus on any mobile website. You see, the web today has a series of security practices in place that make it difficult to spoof a website. By using some techniques deployed by the hackers, we would create a cached version of the website then redisplay to the user with out banner inserted. Essentially making a copy of the website, let’s say ESPN, and then changed the content of the website, then serving back to you at a different URL. (Like how people get their passwords phished because they think they’re going to facebook.com but they’re really going to face8ook.com.) Basically a man-in-the-middle or clickjacking method which – though highly effective – would not be the best idea from an optics standpoint for the brand. Our legal definitely thought so but not until we had already cracked a pretty solid proof-of-concept.

This original idea was scrapped but the research was rolled into our skunkworks thinking. Below are comps from the original presentation deck to client about this first idea.

Since our original idea, though very viable, ended up being legally challenging.

Reddit was a great partner. They even redressed their mascot, Snoo, for the day in a classic “Hamburglar” costume. Originally scheduled to launch in September for National Cheeseburger Day, it was delayed. Norm Cox, the creator of original hamburger menu, had birthday coming up about a month later. We hosted an AMA with with Norm with the teaser videos.

To make it even nerdier we hid an ASCII art graphic in the source code of where you could download the new hamburger menu icon to use yourself.

A Message Hidden In The Code of McDonald’s Website

Reddit was partner for the final idea. Because the Reddit audience is nerdy we knew they might go peaking through the source code for clues so we buried a message inside the source code for McDonald’s.com only visible if you know how to look for it. Other famous nerd website have down this including Reddit, Mashable and Flickr.